Specializing in the production of propargyl alcohol, 1,4 butynediol and 3-chloropropyne 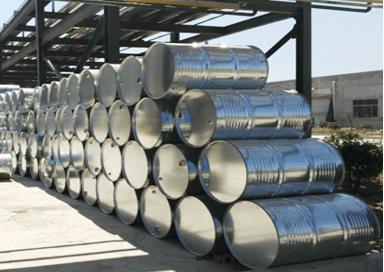 Is propargyl alcohol highly toxic? What is the development prospect of propargyl alcohol industry? Propargyl alcohol, called 2-propargyl-1-alcohol, 3-hydroxymethyl acetylene and ethynyl methanol, with molecular formula C3H4O and molecular weight of 56.07. It is a colorless transparent liquid with the smell of fragrant leaves. It is easy to turn yellow after long-term storage, especially when exposed to light. It is a flammable liquid, easily soluble in water, alcohol and ether. It can be used as rust remover, chemical intermediate, corrosion inhibitor, solvent, stabilizer, etc.

Propargyl alcohol is an important chemical raw material, which is widely used in the fields of medicine, chemical industry, electroplating, pesticides, steel and oil exploitation, etc. with high added value, it is generally prepared by the reaction of formaldehyde and acetylene.

In China, propargyl alcohol is mainly used to synthesize pharmaceutical raw materials fosfomycin sodium, fosfomycin calcium, SULFAPYRIDINE and the pesticide chlorhexidine, accounting for about 60% of the total; About 17% of the fast nickel leveling agents and brighteners are used for electroplating (the long-acting leveling agent and brightener are 1,4-butynediol, but the brightness is weak); Oil exploitation accounts for about 10%; Metallurgical industry accounts for about 8%; Other industries account for about 5%.